Steeped in history, mystical adventures and magic, you’d be pushed to find an adventure park quite like Puy Du Fou.
But don’t expect Mickey Mouse, Donald and Goofy – because Disney it ain’t.
Instead you are immersed into a world of gallant Roman gladiator games, mind blowing night shows with the most spectacular fireworks you will ever see.
The enchanting bird shows will have you on the edge of your seat, and also ducking as the low flying Eagles swoop effortlessly over the crowds and oh-so-close to the crown of your heads giving your little thrill seekers a treat – and mums a mini heart-attack.
As France’s second most visited theme park, Puy Du Fou created in 1978, brings history to life through a series of shows based around historical events and eras – from Viking invasions, to the trenches of the First World War.
Shows feature intense sword battles, spectacular stunts and high-tech special effects through lighting and sound.
Showbiz Mama was there for the opening night of its flagship show – Cinéscénie – the world’s largest night-time show which opened on June 4 and will go on until September 10.
Enchanting, magical and mesmerising, this show will leave you breathless, and even had my little man humming in the aisles to the magnificent score created by Hollywood’s Nick Glennie-Smith, that accompanies the story.
The 100 minute production features 1,480 actors who are all volunteers.
It recounts the legend of the Maupillier family, spanning the Middle Ages to World War II; an epic tale brought to life with the latest in cutting-edge technology and a specially-designed fleet of drones.
These Neopters are unique and enable part of the story to take place in the sky above Puy du Fou.
Each show features 850 fireworks, 24,000 costumes, and 150 expert horse riders.
Great French actors (including Philippe Noiret and Gérard Depardieu,) have lent their voices to the show.

From your arrival at Puy du Fou, you are literally transported back to medieval times – every little detail of your outdoor hotel cabin from the four poster bed, to the stained glass windows in the bathroom and wooden toilets, celebrates the authenticity of Puy Du Fou.
The park also features 4 historical villages, 11 restaurants, and 4 history-themed hotels featuring great attention to detail.
It’s a fun way to teach children about history and immerse them in an experience that will create great memories for all the family.
Note to all yummy mummys. Don’t bring heels. It’s not that kind of party.
Get ready to trek, it’s MASSIVE. You will get a fabulous workout exploring the sprawling terrain from one spectacular show to the next. So pack comfy shoes and clothes.
Foodies, you won’t go hungry either. From generous buffet restaurants to fine French cuisine, there’s plenty of chicken, steak, salmon and vegetarian dishes to chose from, as well as trusty chips for fussy eaters like mine.
If you do fancy exploring France this summer for short break, Puy du Fou is a simple 1 hour drive from Nantes airport. Nantes is just an hour’s flight from London Stansted airport..
It’s a great way to keep the kiddie’s brains ticking over the summer holiday, tear them away from the fantasy of the iPad to a real life historical adventure of their own in the outdoors..
www.puydufou.com

PrevDon’t be a Dummy Mummy! Here’s a simple, snappy way to learn Baby CPR and save a child
Next PostNext 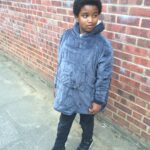 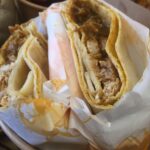 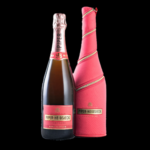 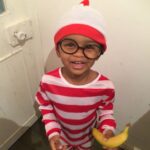