Inside Beyonce and Jay Z’s epic tour with Showbizmama ??

So we’ve seen their beautiful twins faces, know that they had the marriage vows renewed, and of course they descended onto stage in an elevator – in a send up to ‘liftgate’ when Solange socked him one for what now seems was his infidelity towards her big sister Bey.

But now Showbizmama has gone behind the scenes to find out just how they brought you the greatest show on earth – their On the Run II tour.

They have been in Paris rehearsing and putting together a show that is more like ‘art’ than anything else. They took all the kids and the nannies – Tina Knowles has recently flown back to the States though and hopes to return for the London dates, I’m told.

They are working with a team of extremely talented artistic directors who are Brits based out in the US to pull together their most visually dynamic set ever – with their Bonnie and Clyde theme at the heart of it. They are proving to fans that their love is back on top with some very flirty performances – with Jay Z taking on his ‘gangster’ role with his hot wife.

The show will feature lots of new material – so fans will be in for a treat with a lot of exclusive tracks, including with DJ Khaled who could even be a guest. Destiny’s Child reunion is looking unlikely though as Kelly has been in Australia on TV projects.

Beyonce will be keeping fans on their toes as to who will dress her – with favourites being Peter Dundas, who famously dressed her for her Grammy’s performance when she was pregnant with the twins, and her past few Met Balls. Givenchy and Balmain are also in the mix.

So if you haven’t already got your tix, get down there. What a fab girl’s night out it would be. Get your hair done, and nails too! I recently got ‘cat eye’ nails with my fancy bff, and got a new hair colour. Good hair makes all the difference – whose with me ? 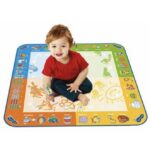 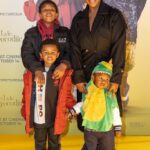 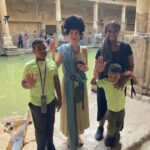